Epigenetics: How Diet and Lifestyle Can Impact Our Genes 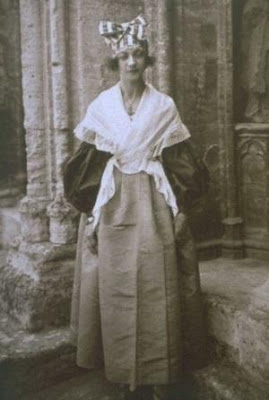 Recently I’ve noticed a trend in the topics I’ve been blogging about on here. Much of it to do with living longer and healthier, linking stress and Alzheimers, taking care of yourself better, and tips on “living to 100.” In all the searching I have been doing on the subject, I started to think “Who is the oldest person that ever lived?”

Let me introduce you to Jeanne Calment, who bucks about every nutritional trend that has been on the forefront of media for many years now. I’ve even posted things that she rebuffs.

Jeanne was born in Arles, France in 1875 to a modest family, before the advent of the light bulb, phonograph, automobile, and 14 years before Alexandre Gustave Eiffel built his tower.

She married a wealthy store owner at the age of 21 which allowed her to lead a more leisurely lifestyle based upon tennis, cycling, swimming, rollerskating, piano, and opera. As a teenager, she would meet Van Gogh at her future in-laws’ art supply store where he bought canvases. She would later describe him in an interview as “Very ugly, impolite, ungracious, sick…we called him a madman.”

Some doctors have theorized that she was impervious to stress, based on her quotes such as above and her well-known unflappability. Others believed it was genetic, based on her lineage of relatives that lived fairly long lives. But it’s the French that believe it was her lifestyle, based on being – French. Calment rode her bike every day up to her 100th birthday, smoked 2 cigarettes a day until she was 117, and subsisted on a diet of port wine and two pounds of chocolate a week.

“If you can’t do anything about it, don’t worry about it”

We have had the pleasure of taking care of more than a few centenarians at Hanson Services, and they all have had remarkable stories. My great grandpa lived to just under 100 and looked pretty much the same to me as he did at 60, with a full head of hair that I used to cut every so often. I asked him once what he ate to stay so healthy all these years, and he replied, “Well…I sure ate a lot of hot dogs.”

Do you have your own story to share about a long-lived relative?